Memoir of a murderer 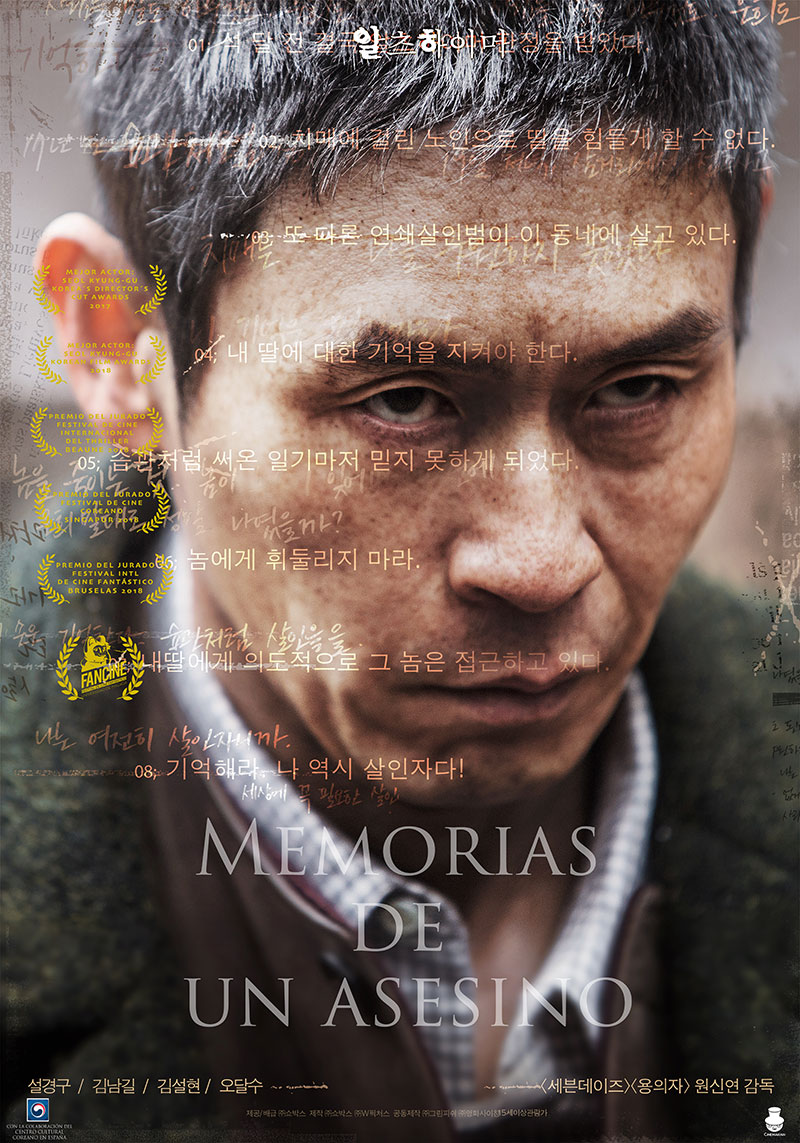 Former serial killer Byung-su gets diagnosed with Alzheimer's. The doctor tells him that it's due to the aftereffects from a traffic accident 17 years ago; the same accident that stopped him from his killings and allowed him to live a normal life with his dear daughter. So when a series of murders occur near his town, Byung-su gets worried whether the killings are his doing during his memory lapses. But then he comes across Tae-ju and instinctively realizes that he is the serial killer. He reports this to the police, only to learn that Tae-ju is one. Byung-su tries to find firm evidence that Tae-ju is a psychopath, but only raises Tae-ju's interest in him and his daughter. And now with his memory slipping, Byung-su must find a way to protect his daughter from Tae-ju.