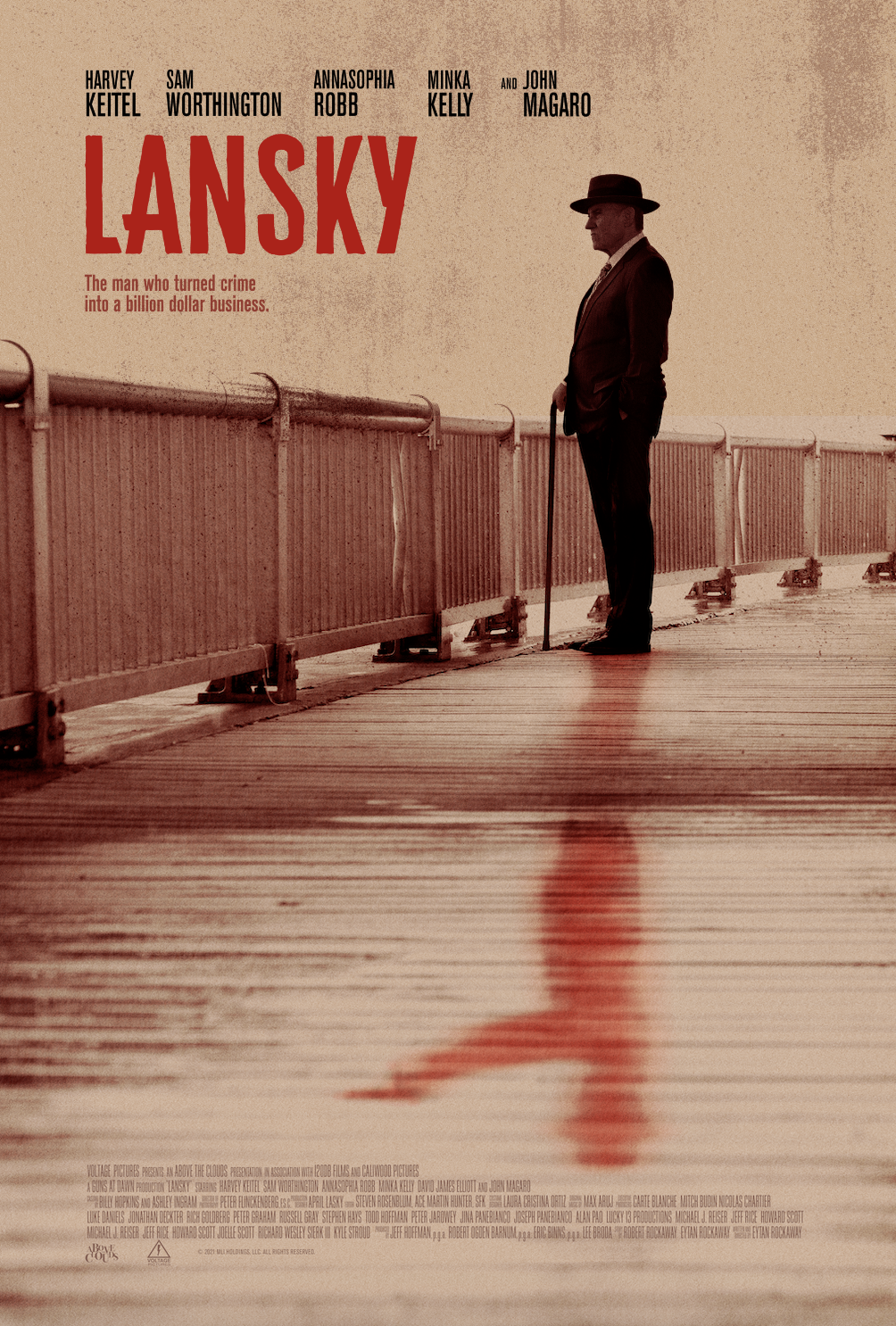 David Stone (Sam Worthington), a renowned but down-on-his-luck writer, has the opportunity of a lifetime when he receives a surprise call from Meyer Lansky (Academy Award nominee Harvey Keitel).  For decades, authorities have been trying to locate Lansky’s alleged nine-figure fortune and this is their last chance to capture the aging gangster before he dies. With the FBI close behind, the Godfather of organized crime reveals the untold truth about his life as the notorious boss of Murder Inc. and the National Crime Syndicate.

LANSKY was directed and written by Eytan Rockaway, produced by Jeff Hoffman, Robert Ogden Barnum, Lee Broda, and Eric Binns, with cinematography by Peter Flinckenberg, editing by Steven Rosenblum and Martin Hunter, and original music by Max Aruj. The film was produced by Above the Clouds and Guns at Dawn in association with 120DB Films and Caliwood Pictures. Voltage’s Nicolas Chartier and Jonathan Deckter are executive producing, along with Russell Gray, Mike Reiser and Jina Panebianco.